Used as an herbal remedy for thousands of years around the world and as an ayurvedic medicine, celery seed has been recommended to treat colds, flu, water retention, poor digestion, various types of arthritis, and certain diseases of the liver and spleen. However, the use of celery seed medicinally is relatively new to modern, western, herbal medicine. Celery seed is also known as apium graveolens and is promising for its many health benefits as we learn more about its properties. Celery has become widely used for culinary purposes because of its taste, crisp texture, and low calorie count. It is a popular diet food.

Celery contains valuable nutrients that contribute to its many health benefits. The celery plant is approximately 2 - 3 feet tall. It has a slender stalk with three to five segmented leaves and flowers with tiny, white petals. Celery seeds are very small, tan to dark brown in color, and have a strong, pleasant aroma. The seeds are found inside the white flowers of the plant. Celery seeds are comprised of several valuable components such as flavonoids (plant pigments that protect cells from damage due to their antioxidant impact), coumarins (blood-thinning chemical compounds), and linoleic acid (an omega-6 fatty acid).

Lowers blood pressure and cholesterol - in one study, at the university of chicago, lab animals who were given a daily dose of a compound extracted from celery seed experienced a 12 percent reduction in their blood pressure over a four-week period. The same study indicated it may reduce artery-clogging cholesterol. A traditional vietnamese remedy for high blood pressure.

Healthy joints - celery has been used and suggested as an alternative therapy for arthritis, rheumatism, and gout. Celery seed is most often taken to aid in the maintenance of healthy joints. Celery seeds have been found to have anti-inflammatory properties that reduce swelling and pain around the joints. It is suitable for anyone who wishes to reduce the degeneration of body joints that commonly occurs with age. Celery seed can also ease joint discomfort that occurs due to inflammation and is, in fact, used for the relief of symptoms of conditions such as arthritis.

Menstrual discomfort - celery may promote the onset of menstruation.

Cancer agents - contains eight different families of anti-cancer compounds, such as phthalides and polyacetylenes, that detoxify carcinogens, present in high concentrations in  smoke. Celery seed is primarily used as a diuretic. It helps the body shed excess water and increases urine output. It is also commonly used to help relieve arthritis, gout, and rheumatism. Celery seed promotes healthy joints in a couple of valuable ways. First, it helps to flush out uric acid crystals that build up around the joints. Second, it works as a natural anti-inflammatory, reducing pain and swelling in the joints. Celery seed is a beneficial nutrient for helping to fight off the degeneration of joints that accompanies age. 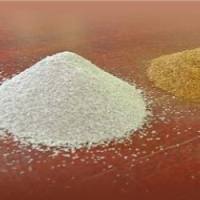