With a tradition of working to the highest standards, we are engaged in offering Sodium Feredetate. It is an iron-containing drug, used to treat anaemia caused by a deficiency of iron. This drug is a form of iron that can be absorbed and used by the body, and works in the same manner as foods containing iron. Lack of iron affects the development of the red blood cells and causes iron deficiency anaemia. Sodium Feredetate is used in pregnancy when other forms of oral iron may not be well tolerated. 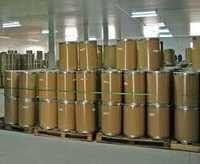